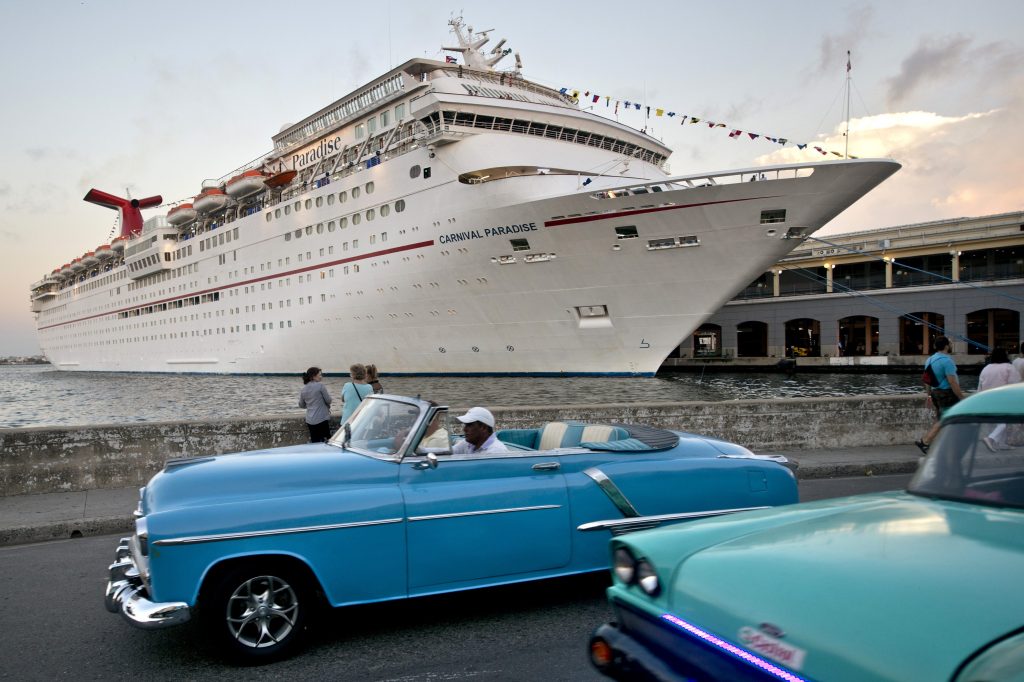 Nearly two years after cruise travel between the U.S. and Cuba restarted following a decades-long break, demand for the destination — at least as part of cruise itineraries — is showing no sign of cooling.

Cruise lines continue to add more visits, in some cases doubling the number of ships they send, and travel agents report higher interest among clients.

“Cuba has been terrific, I think, for the industry. For our particular company, it’s been very, very good,” said Frank Del Rio, CEO of Norwegian Cruise Line Holdings, at an industry conference last month. “I defined it as a home run — so much that we’re doubling capacity in 2018.”

The continued growth in cruising comes as the rules governing travel to the island have tightened under President Donald Trump, who last year resurrected some of the restrictions his predecessor eased.

U.S. citizens who travel to the island must go as part of organized groups that comply with rules that dictate the types of travel that are allowed; they are no longer permitted to take those trips on their own with just a promise that they will stay in compliance. The U.S. government also put out a list of hotels, stores, and other businesses tied to the Cuban military and said Americans could not do business with them.

The number of American travelers in Cuba rose 18 percent in 2017 to 619,000. Citing a tourism expert at the University of Havana, the Associated Press reported that the number of cruise passengers visiting Cuba increased from 184,000 in 2016 to 541,000 last year, including many Americans.

But tour operators are predicting an overall drop in visitors this year under the stricter new regulations, USA Today reported.

The crackdown hasn’t been problematic for cruise lines because they offer tours that comply with even the recent rules. In fact, when the restrictions were announced last year, some in the cruise industry suggested the changes could actually be beneficial to the industry.

That suspicion appears to be proving true.

“The Trump administration tweaks that were made to travel to Cuba impacted the cruise industry very little,” Del Rio said during a panel discussion with other executives last month at the Seatrade Cruise Global event. “To some degree, we benefitted from that, though we didn’t need the benefit…because ships are full at good prices.”

Carnival Cruise Line announced this month that it is adding 20 more sailings to Cuba from Tampa on Carnival Paradise next year, on top of 11 that had already been scheduled for the ship. The brand had also previously announced 17 cruises on Carnival Sensation leaving from Miami in 2019.

The Cuban government granted Carnival the additional dates. Holland America Line, another brand in the Carnival Corp. portfolio, announced a handful of visits last year. And the operator is awaiting permission to visit with another line, a spokesman said.

In late 2017, Royal Caribbean International said it was adding a second ship, sending both Majesty of the Seas and Empress of the Seas to Cuba. The line also added more destinations in Cuba to itineraries.

“Cruising remains the easiest way to visit Cuba, and with both Empress and Majesty sailing there in 2018 and 2019, we hope to make it that much easier for adventure seekers to experience the legendary island,” Michael Bayley, president and CEO of Royal Caribbean International, said in a statement.

All cruise announcements come with destination-specific fine print: Cuba sailings offer excursions designed “to comply with the people-to-people educational exchange activities requirement as set forth in the U.S. regulations,” as Royal Caribbean put it.

Carnival’s recent release was even more specific, explaining that Havana visits comply with U.S. Treasury Department regulations and shore excursions “meet all U.S. government regulations and provide a convenient means for complying with the people-to-people requirements of cruises to Cuba.”

Lines must get permission from the Cuban government to visit the island, and today’s fleet of megaships — or even just semi-megaships — are not able to visit because of infrastructure issues. Major cruise lines have to send smaller — and in many cases older — vessels, which have been commanding higher rates than they would on sailings that did not include the island.

“We all wish we had more tonnage available to go to Cuba,” Del Rio said.

That interest was highest among baby boomer travelers, followed by Generation X.

“Cruise Planners agents definitely still seeing an interest in Cuba and not only are travel agents still booking Cuba, but travelers are increasingly realizing the value in booking Cuba cruises through a travel agent since these trips are sure to meet the regulations that can sometimes be confusing to a traveler,” said Garcia, whose company is affiliated with American Express Travel, in an email. “There is a pent up demand and we are hearing that people want to go there sooner rather than later before things change politically or it becomes too commercial.”

Photo Credit: Carnival Paradise is pictured in Havana, Cuba. Cruise lines are increasing their visits to the island, which is still a popular new destination for Americans. Andy Newman / Carnival Cruise Line

The Best Travel Destinations Based on Your Favorite Wine — Why Not, Right?

6 Things to Do in Vibrant Costa Rica