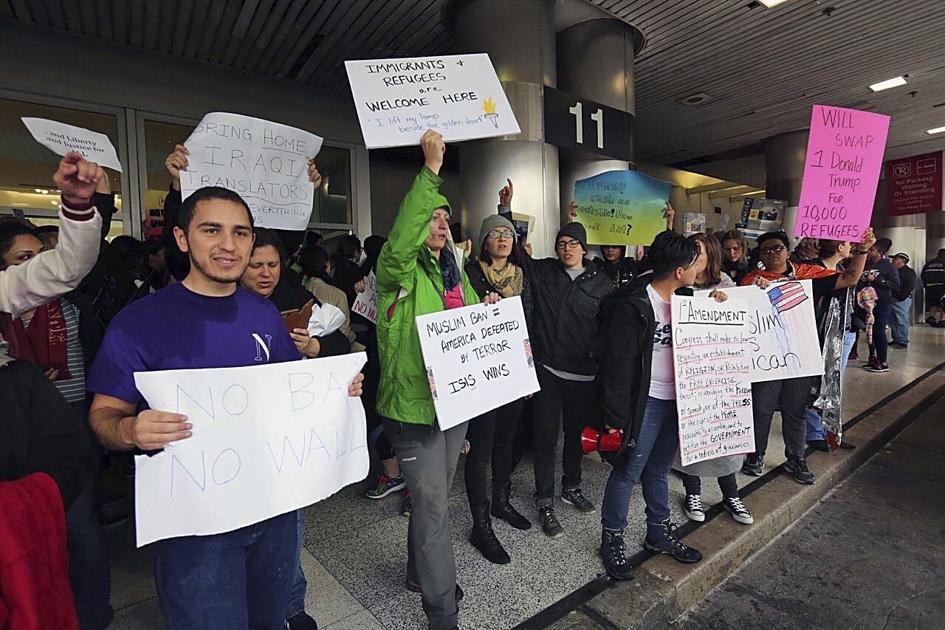 By CLAIRE B. WOFFORD

The U.S. Supreme Court recently heard oral arguments about the administration’s (in)famous travel ban. Along with the obvious implications for immigration, Trump v. Hawaii raises fundamental questions about the scope of executive power, the legal relevance of campaign statements and “tweets,” and the court’s longstanding practice of deference to the president in foreign affairs. It is, in short, a biggie.

After the argument, most commentators concluded that the ban would likely survive legal scrutiny. Questions from several justices, including the all-important Anthony Kennedy, indicated a reluctance to second-guess the administration’s claims about its (not anti-Muslim) aims and the ban’s importance for national security. Combined with the conservative ideology of at least four justices, the future of the travel ban was deemed rosy.

This assessment is, unfortunately, well-founded. The most persuasive argument against that ban is that it violates the Establishment Clause, which requires government neutrality toward religion. To find such a violation here, however, the court would have to take an active, even aggressive approach to its job and to the case. It would have to look beyond the “four corners” of the ban, which makes no mention of Muslims and instead cites seven countries (including the decidedly non-Islamic nations of Chad and North Korea) for shortcomings in their visa vetting procedures. It would have to consider the incendiary rhetoric of then-candidate Donald Trump, his subsequent retweets of anti-Muslim videos, and the arguably off-the-cuff comments of informal adviser Rudy Giuliani. It would have to acknowledge the suspicious shifts in content as the administration stumbled through various versions of the order. It would have to incorporate political realities into law, a move which even the most progressive jurist can be hesitant to make.

Still, there may be a strand of hope for the ban’s opponents. For all the complex legal arguments, the administration is essentially asking the court to take a “hands off” approach to the case. It wants the justices to accept without question its claims about national security, to ignore very public (and very biased) statements about reasons for the order, and to trust that Trump and his advisers have no anti-Muslim sentiment because they say so.

This argument is required, but risky. It’s required because if the court did take a more searching look, it would acknowledge what everyone in the real world knows about the true motivations for the ban. It’s risky, however, because asking the court to “Keep Out” is asking it to undercut its own power.

Like most in government, the justices are not particularly eager to do this. As James Madison noted long ago, political leaders are generally ambitious and power-hungry. Left to their own devices, they will usually seek to accrue power at the expense of others and the well-being of the whole. Indeed, our entire system of checks and balances rests on this principle of “ambition [to] counteract ambition.” No one usurps all the power because everyone wants to usurp all the power.

To be sure, the justices are not as openly megalomaniacal as many in government. They don’t have to pander to constituents or grovel to campaign donors to maintain their position. They wear black robes to illustrate their neutrality and couch their conclusions in lengthy diatribes about legal principles and precedent. They decry policy-making and claim to operate solely within a legal framework.

But the justices are also human and they are also political. They must enjoy being at the apex of the judicial hierarchy where they are the final arbiter of the Constitution and the final judge on the legality of presidential and legislative actions. They must be pleased that the public holds them in much higher regard than either Congress or the president. And they must want to avoid the stinging shame that comes when they relinquish their role as protector of minority rights. The memory of allowing the internment of Japanese-Americans precisely because of deference to the president surely has not faded that much.

For all the legal wrangling, then, it is the justices’ own self-interest that may provide the oomph needed to strike the ban. At the bottom, this case is about the role of the court and how active it should be in examining the purported intentions of other branches. For all their statements about deference, about not wanting to second-guess national security experts, about the proper judicial role, what the justices want more than anything is to be relevant. To be powerful. To be part of an institution with a meaningful impact on government and society. If the justices can recognize that a vote for Trump’s ban is a vote against their own position, they just might refuse to support it. We could, in other words, have justices whose Madisonian drive for power pushes them to defend those with none. This would be ironic, yes, but that doesn’t mean it’s impossible.

Claire B. Wofford is an assistant professor in the Department of Political Science at the College of Charleston.

The Secrets to Booking a Family Vacation With Rewards

Pound to euro exchange: Bad start for the trading week as sterling TUMBLES