Unencumbered by work and kids, many retirees are upping their travel game.

An analysis by Priceline found that boomers book the longest average length of stay on their vacations, relative to other age groups, and spend significantly more on flights and hotels than younger travelers.

So where are seniors headed? To find out, MONEY teamed up with Priceline to get information on travelers aged 60 and over; the company analyzed millions of bookings across all age groups, spanning thousands of destinations, hotels and flight routes from 2017 to 2018.

The resulting list, below, identifies the most common travel destinations for adults 60 and older. We’ve also plugged in pricing info from MONEY’s Best in Travel database, and found a couple of activities at each location to fill your time.

Read on for the 10 hottest vacation spots for retirees: 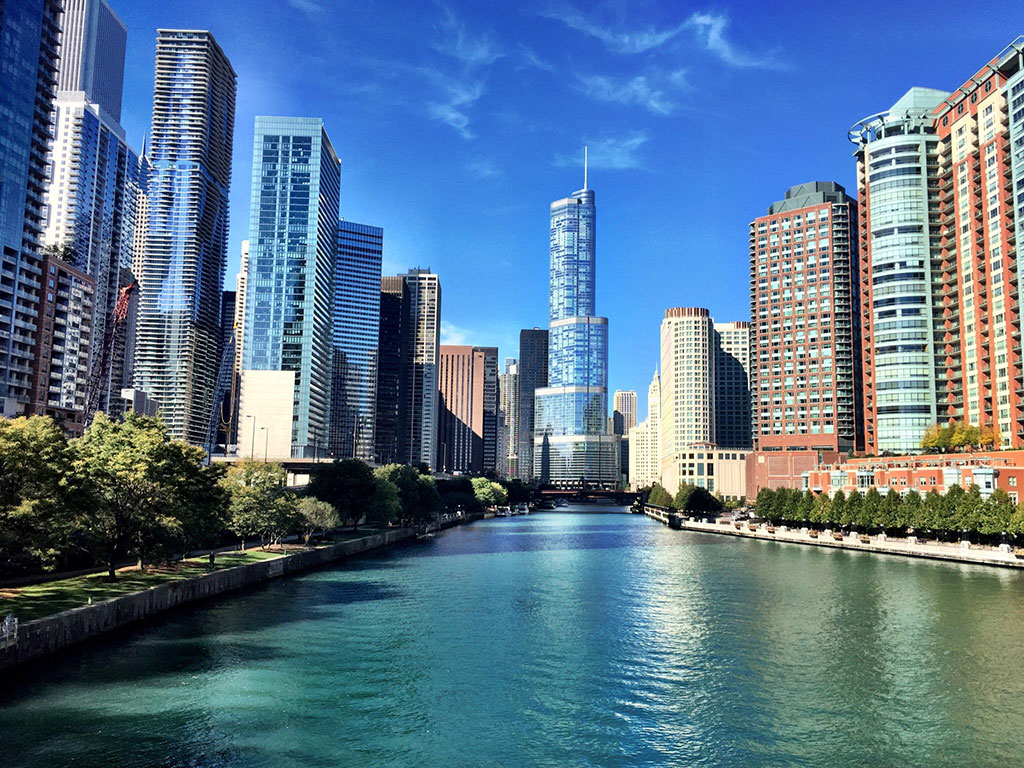 View of Chicago from the Chicago River

Learn about the city’s iconic buildings aboard the Chicago Architecture Foundation river cruise. The 90-minute ride costs $47 during the day, and $52 to see the buildings light up at twilight (with a 7:30 p.m. departure).

The city is also home to 25 Michelin-starred restaurants, plus a plethora of no-frills diners and joints that serve authentic (and delicious) fare. On the upscale side, book a reservation at Acadia for an eight-course tasting menu. For family style cuisine, try Mexican bites like tacos and mole at Mi Tocaya. 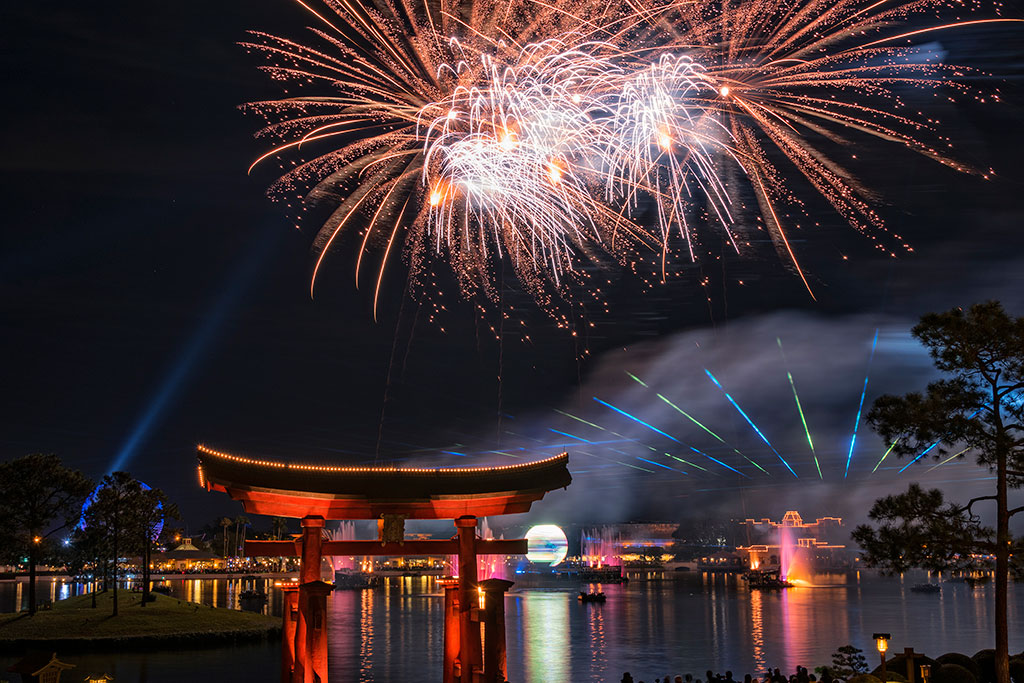 Orlando is home to child-friendly favorites like Disney World, so some seniors may well be visiting with their grandkids. But the tourism hub can be just as enjoyable — if not more so — for retirees.

For one thing, Disney World itself has plenty of adult-friendly entertainment right on site. Eat a bratwurst, drink sake, shop for Moroccan textiles, and watch Chinese acrobats all in the same day at the World Showcase exhibit at Disney’s Epcot park. Or eat an authentic French feast at the Beauty and the Beast-inspired restaurant, Be Our Guest. (Tickets don’t come cheap: two-day tickets cost $209 per person ages 10 and up, with no senior discounts.)

Orlando is also a great jumping-off point for nearby attractions. Drive an hour east to New Smyrna Beach for 13 miles of sand, as well as smaller crowds than other east coast Florida beaches. Farther afield, you can visit the Kennedy Space Center to learn about our country’s space exploration history and current advancements. Single-day tickets cost $57 for adults, and $50 for seniors 55 and older. 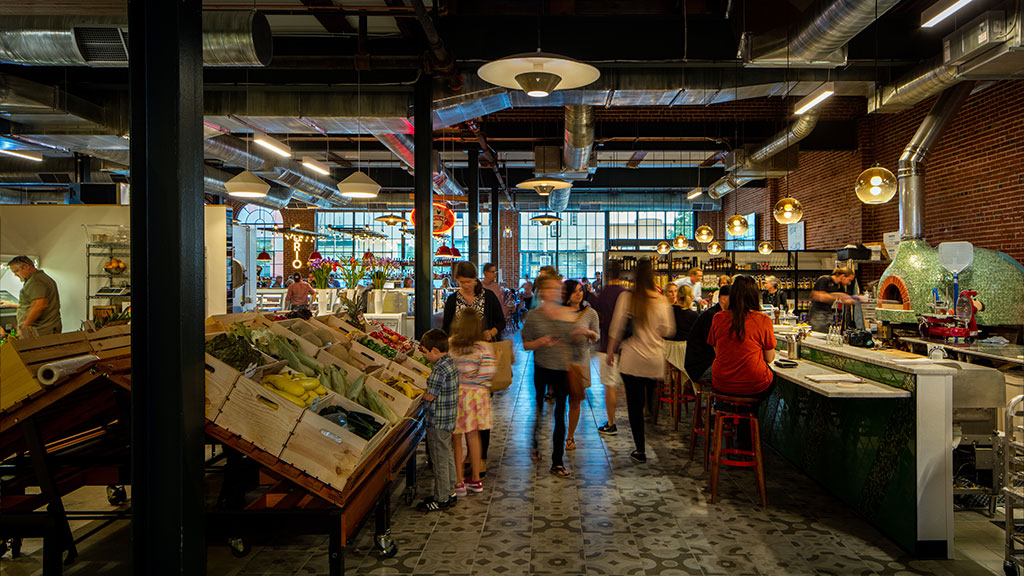 Traveling this fall? Immerse yourself in Denver pride with a Broncos game in Mile High Stadium. When you get hungry, check out the Denver Central Market food hall for local bites and sweets, including roasted meats from SK Provisions (owned by renowned chef Sean Kelly) and artisan cheese from Culture Meet & Cheese.

Many people also choose Colorado for its natural beauty. Denver is just a bit more than an hour from one of the best national parks in the country, Rocky Mountain National Park. Take a hike on one of the 355 miles of trails, available for all skill levels. The Lily Mountain trail, for instance, offers panoramic views of Longs Peak during the 4-mile trek. Park entry costs $30 per vehicle, and seniors 62 or older are eligible for a $20 annual pass (or $80 lifetime pass) for access to all national parks and other federal recreation sites. 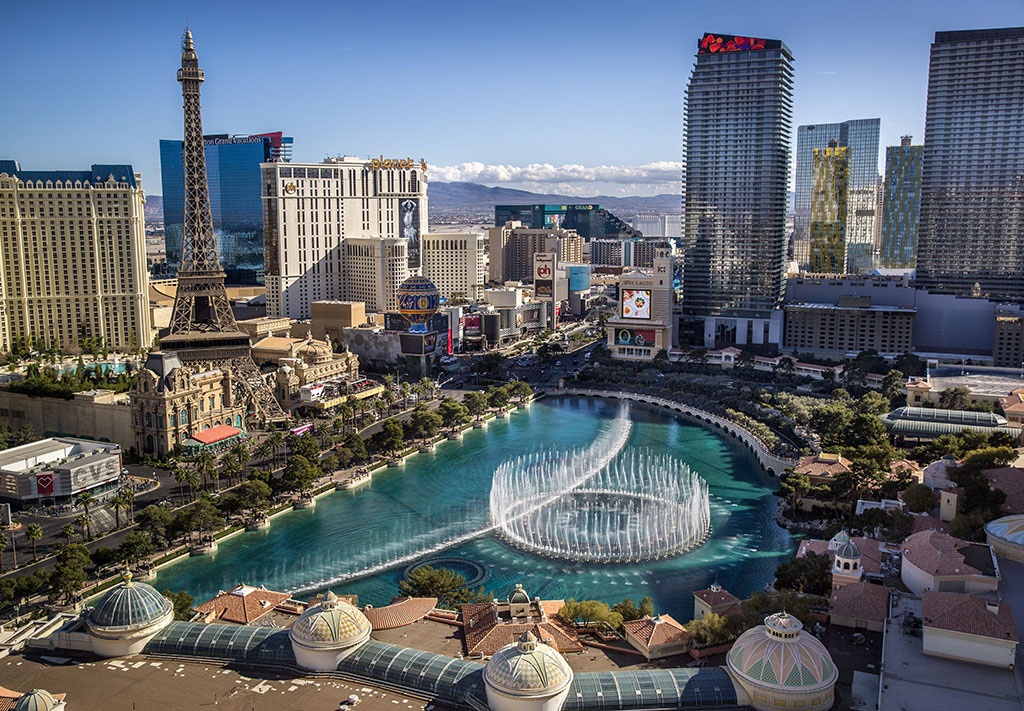 What’s a visit to Sin City without a little gambling? Known for its massive casinos and hotels, Las Vegas delivers different experiences at each location: You can play the slots among Roman gods and goddesses at Caesars Palace, or get the movie star experience at Planet Hollywood’s flashy casino.

Away from the tables, watch risque dancers and acrobats at a Cirque du Soleil show. Or if you’re looking for a more chill experience, head over to the Shark Reef Aquarium at Mandalay Bay for a chance to see Komodo dragons, stingrays, zebra sharks, jellyfish and more. Tickets to the aquarium cost $23 for seniors 65 and older. 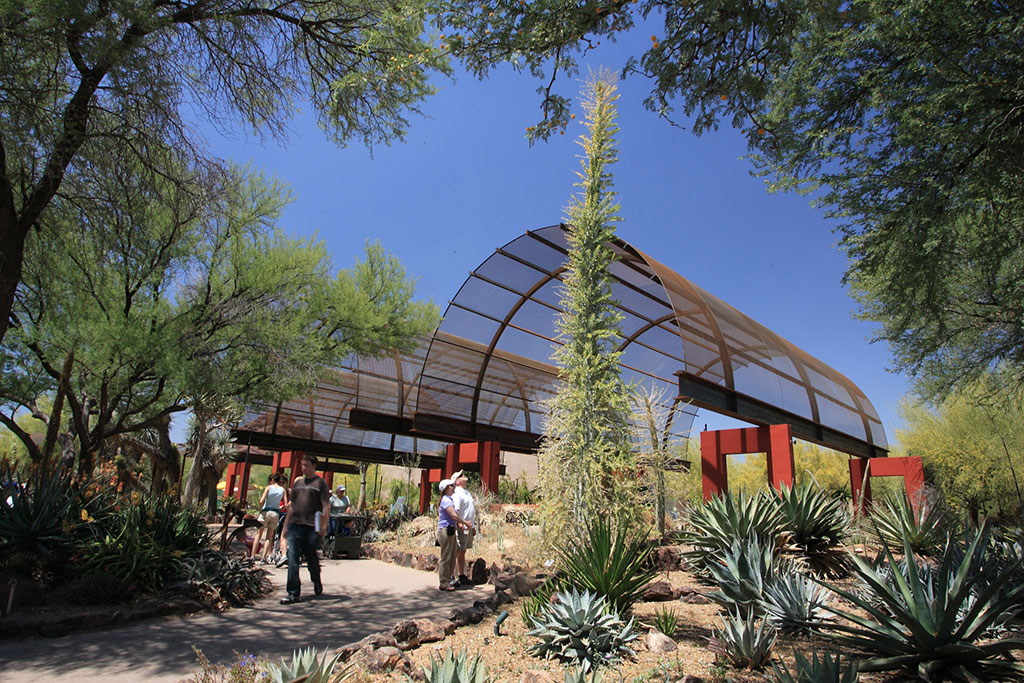 Phoenix and its neighboring communities are home to a whopping 200 golf courses. For luxury amenities and guest service, visit the Raven Golf Club; for views of the Sonoran desert terrain, try your game at Lookout Mountain Golf Club.

On non-golf days, learn about the area’s American Indian tribal community and artwork at the Heard Museum (tickets cost $13.50 for seniors 65+, and $18 for adults). Explore the area’s natural flora at the Desert Botanical Garden for $24.95. Walk the area’s numerous trails, or explore the work of local artist Frank Gonzales in an exhibit open from September 2018 to January 2019. 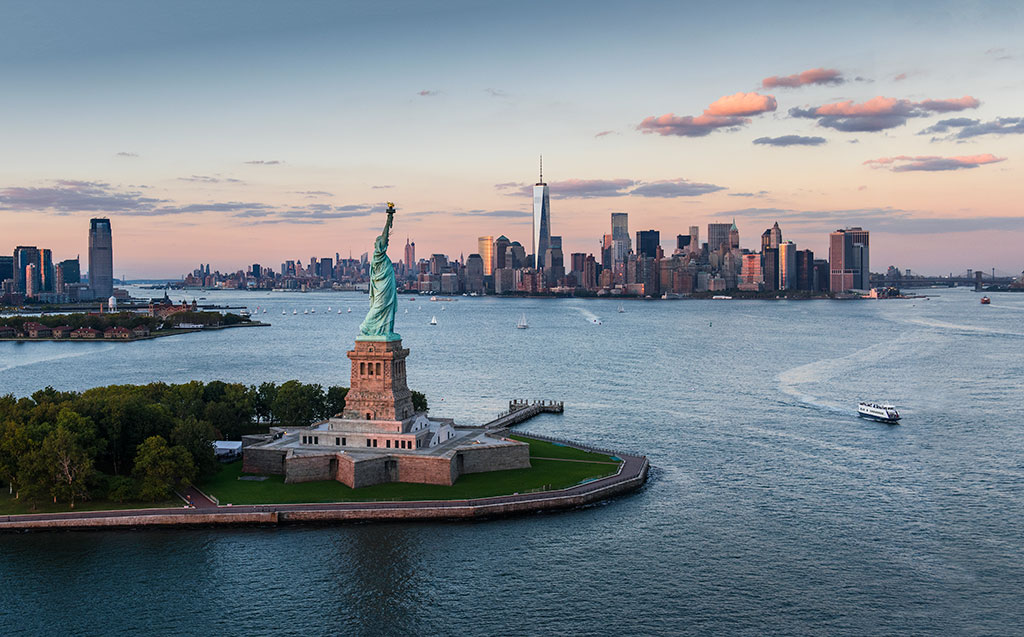 Aerial view of city with Statue of Liberty at sunset

New York City’s dozens of landmarks, museums and attractions won’t leave you bored — and almost all of them have senior discounts. Stop by the Empire State Building ($35 for seniors) or Rockefeller Center‘s Top of the Rock ($34 for adults 62+) for stunning views of the city. The Statue of Liberty and Ellis Island give you a crash course on 20th century immigration to the U.S.

Admire the work of Vincent Van Gogh and Jackson Pollock at the Museum of Modern Art, or get a broader sense of art history at the Metropolitan Museum of Art. You can get lost in Central Park on a warm day, but if it rains, head over to the historic Plaza Hotel for high tea at the Palm Court ($75 per person). 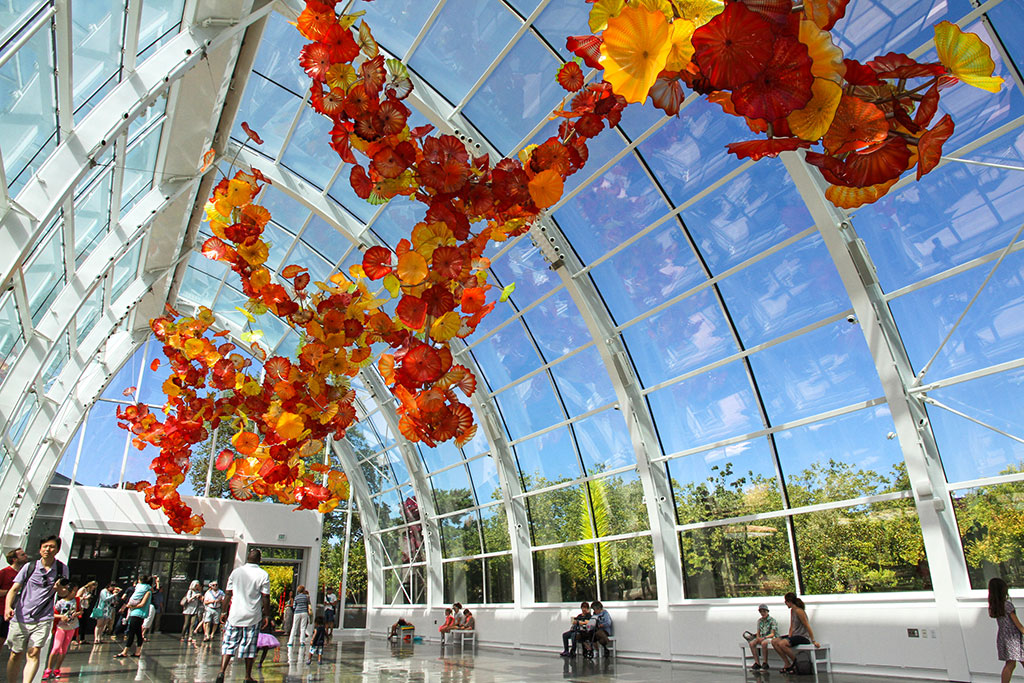 Courtesy of Chihuly Garden and Glass

Glass takes a central role in two of Seattle’s popular landmarks. Get views of Seattle’s skyline from the city’s Space Needle, which features The Loupe — the world’s only rotating glass floor. Then visit the sculptural glass wonders at the Chihuly Garden and Glass. A two-in-one ticket is $41 for seniors 65+ ($49 for adults).

Seattle also boasts some of the country’s best breweries. If you’re in Seattle during the fall, grab a pumpkin beer from Elysian brewery and beer hall. If alcohol isn’t your thing, try out the quirky, famous cream cheese-covered Seattle-style hot dog at Monster Dogs. 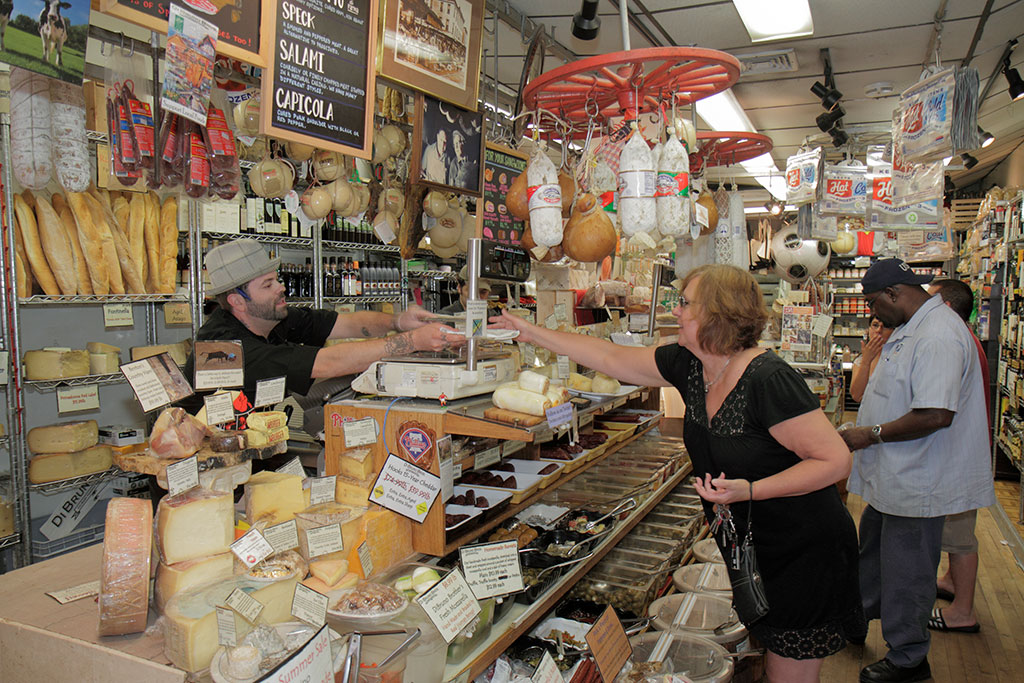 Known as the birthplace of American democracy, Philadelphia holds some iconic historic attractions: You can step inside Independence Hall, where both the Declaration of Independence and the Constitution were signed, or inspect the crack on the Liberty Bell from close range. (Admission to Independence Hall itself is by tour only; you can book online or by phone.)

For more early American history, learn about the life of Benjamin Franklin at his namesake museum, or visit the Philadelphia History Museum ($8 for senior citizens). 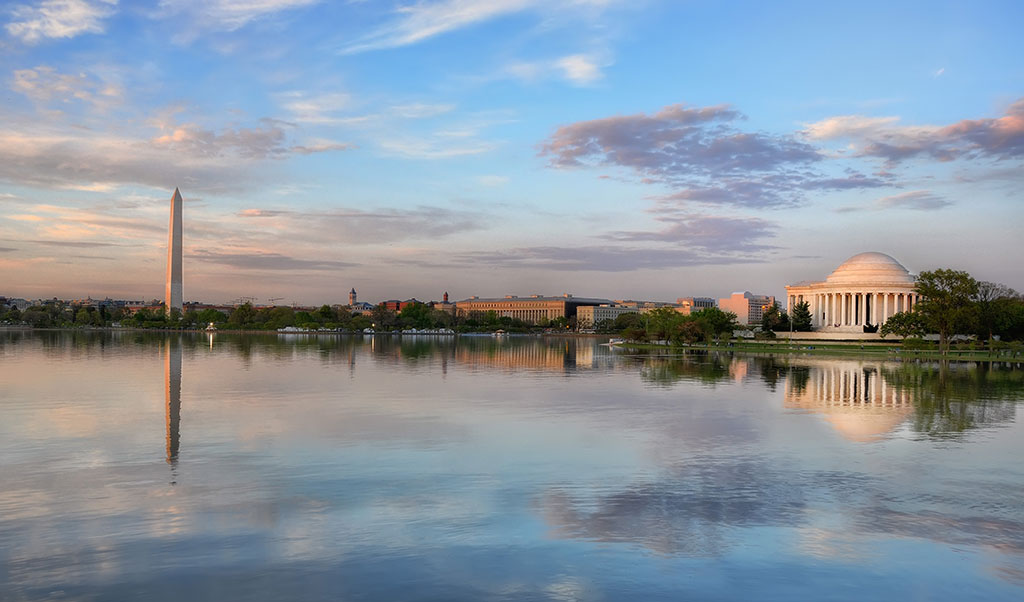 Washington monument and Jefferson memorial as seen from tidal basin

Immerse yourself in American culture by visiting D.C.’s many monuments and museums. For easy transport to the district’s many sites, take a Big Bus hop-on, hop-off tour. Single-day tickets cost $49 for adults, and buses arrive at each stop every 20-30 minutes.

In the evening, catch a show at the iconic Kennedy Center, which hosts plays, comedy shows, jazz concerts, ballet performances, and more. There’s a free performance everyday at 6 p.m., and you can even take a free guided tour of the center. 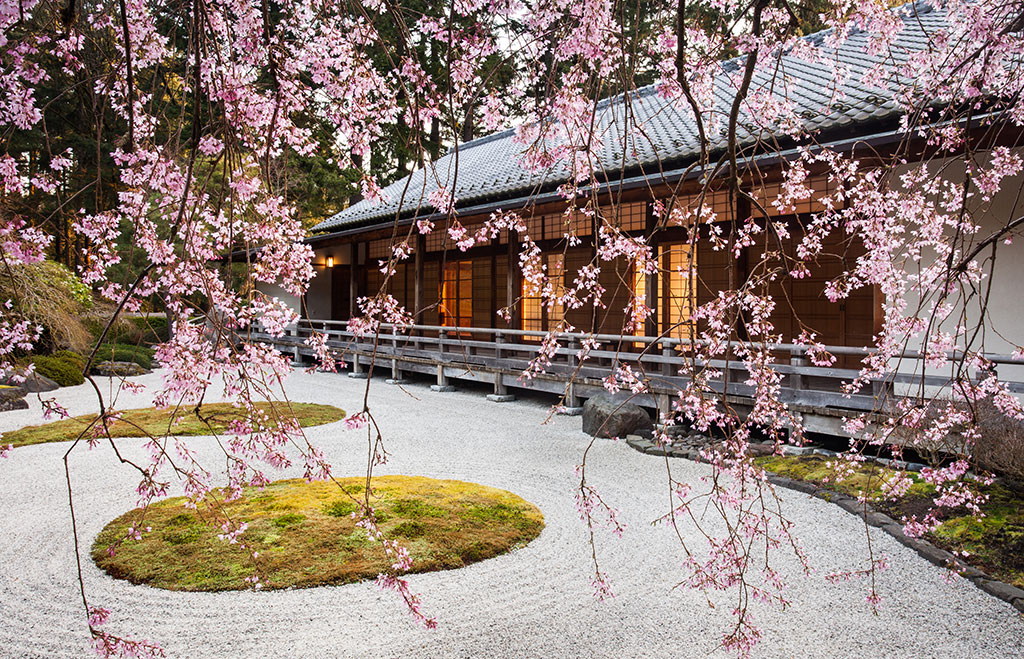 Foodie culture rules in Portland, and brunch is serious business. Grab vegan eats and probiotic-fueled smoothies at Harlow, or opt for Southern fried chicken and waffles for $16 at Screen Door. Alternately, grab breakfast fare and local coffee at the Saturday Market — and stay to shop for locally crafted jewelry, handbags, clothing and more.

Afterward, head over to the Japanese Garden and sit beneath cherry trees and next to koi ponds. Learn more about Japanese traditions at the Culture Village, or grab tea and matcha rolls at the Umami Cafe. Adult tickets to the garden cost $16.95 in summer, $14.50 for seniors. (Winter prices are slightly lower.)

To find the hottest vacation destinations for seniors, MONEY partnered with Priceline to find the cities where consumers age 60 and older booked the most hotel rooms and airfare through Priceline.com. Priceline used data for the 12 months ending July 2018, looking at millions of total bookings across more than 21,000 destinations. MONEY calculated the cost of airfare using data from KAYAK.com, and pulled the cost to spend five days (for two people) from our Best in Travel database.

3 innovative new travel apps that save time and money