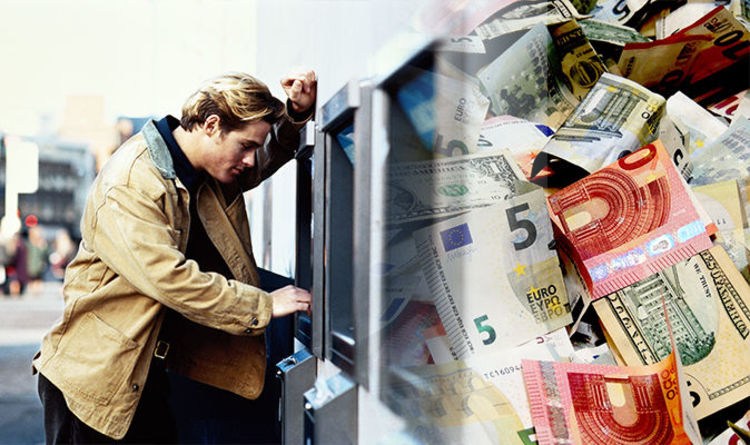 Travel money is something all tourists need to consider when heading abroad on holiday but it’s key holidaymakers nab the best deal they can and follow travel advice.

Numerous travellers leave getting foreign currency until the last minute but by doing so you could be wasting tens of pounds.

Failing to consider currency earlier is one of the biggest spending traps stopping consumers getting the best value holiday, according to travel currency expert, FairFX.

In fact, by obtaining holiday money on days when exchange rates are at their peak, you could gain an extra £87.

“The summer holidays are fast approaching and millions of people will already have their summer getaway planned,” said Ian Strafford-Taylor, CEO of FairFX. “For people who haven’t already thought about getting their currency, now is the time to act – planning ahead is crucial.”

“The truly savvy holidaymakers amongst us will be planning their travel money now, if they haven’t already,” Ian added.

“They’ll be the ones who get the biggest bang for their buck – whether that’s getting the best rates or discovering alternative destinations where the pound goes furthest.”

“It’s common knowledge that you should organise your travel insurance at the same time as booking your holiday, but the same rule applies to getting your travel money sorted if you want to get the best value.”

Analysis of rates in the three months leading up to the school summer holidays in 2017 showed that exchange rates can vary by up to 10 per cent across popular destinations.

For example, holidaymakers heading to Mexico could have got an extra £87 worth of currency for every £1,000 exchanged by purchasing their foreign currency when rates were at their peak.

Similarly those travelling to Canada could have had £83 more and those doing to Croatia, £73 more.

If tourists had been heading to any countries who have the Euro, they could have gained an extra £68.

“Exchange rates fluctuate throughout the year as a matter of course,” said Ian. “Ahead of the school summer holidays last year we saw differences of 7 per cent between the pound to euro exchange rate in a short three month window which is equivalent to nearly £70 worth of currency for every £1000 exchanged.

“If you fail to plan ahead, you may be forced into accepting a poor exchange rate because you leave yourself with no option. Airports are some of the worst offenders for offering poor exchange rates, and people leaving it until the very last minute are being stung with rates as much as 13 per cent worse than the market rate.”

So what are the top ways to get the best value? “Keeping an eye on rates is a smart move and the more time you have to do this, the better,” said Ian. It’s never too soon to start thinking about your travel money. Follow your chosen rate so you can buy when the pound moves in your favour.

Another tip is to set up a tracker, “Signing up to a free tracker will take the leg work out of this for you as it alerts you when rates move in your favour and you can buy when the pound is at its strongest,” advises Ian.

Furthermore, if you’re not fixed on where you holiday, consider destinations where the pound is strongest which will help you explore more of the world, for less.

“We have customers who routinely buy their travel money even if they haven’t booked their holiday,” said Ian.

“The key is to never leave travel money until the last minute as you risk being at the mercy of the rate on the day and are more likely to miss out on the best deals.”

Lastly, lock-in your rate. Ian recommends using a prepaid card: “That means that you can top-up the card when the rates are at their strongest and use it like a credit or debit card overseas – with the difference that your rate is often guaranteed in advance.”

These 6 Caribbean destinations are cheap (but amazing) for summer travel

The best summer travel destinations in the US, according to a new report