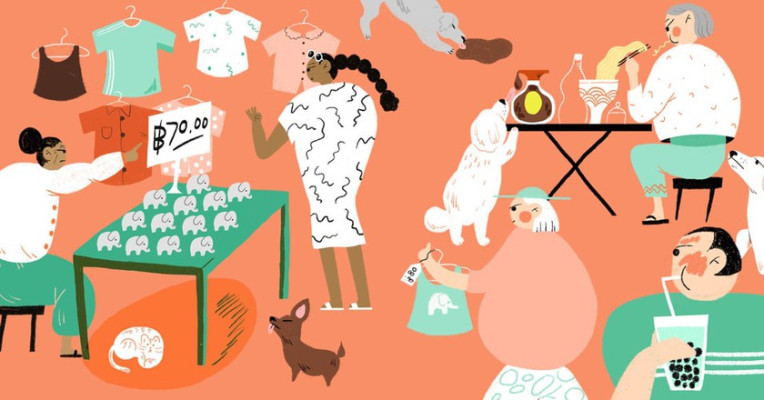 While a lot of travel startups (Airbnb, Ctrip, Kayak, to name a few) have made waves by disrupting how people search for and buy accommodation, flights and other travel services, the ongoing interest in building out strong content plays to attract audiences is also being played out in the travel sector.

In the latest development, Culture Trip, a London-based travel site founded by a psychiatrist and built mainly not on selling travel services, but travel writing, has raised $80 million on the heels of strong traction with its mostly-millennial audience.

Now, the intention will be to keep building out that audience while also starting to gradually introduce ways of monetising it, mainly through branded content and links through to buying travel services and experiences based on the clear intent signals that Culture Trip is amassing among 20-30-something user base.

The Series B was led by PPF Group out of the Netherlands, which also has stakes in the Mall Group and O2 and led Culture Trip’s previous round of $20 million. The startup has raised around $103 million to date, and it is not disclosing its valuation.

Naudts tells TechCrunch that he founded the company as a second career, after a “solid academic” stint as a psychiatrist. “I’ve always loved storytelling and culture, and I’ve always wanted to build something,” he said.

Culture Trip, which became that something, is a little like a mix between Conde Nast Traveller, and the multitude of sites that have sprung up across the web, built on writing from a wide range of contributors, which publish stories that have strong traction either on social media or search engines and links from other sites — ideally all three.

Not “content farms”, Naudts replied emphatically in an interview when I floated the phrase, and not exactly like the many digital publishers that have built themselves on clickable stories spread through social media — both of which have seen some strong casualties (like this and this) when their main traffic referrers have changed up their algorithms.

In the case of Culture Trip, the startup works with some 300 paid contributors globally, who write light stories, take pictures and make videos on everything under the bigger umbrella of local culture, just no politics and current affairs, Naudts said. There have been some 75,000 articles published since 2011, with the rate currently at 3,000 articles per month.

The anything-goes approach makes for a curious mix of high and low, mainstream and intellectual, which is perhaps how we like things today — or, just as likely, perhaps speaks to how Culture Trip is more about visits from outside than a community inside the site itself. Articles include “The 10 most affordable Michelin restaurants in Paris” and “8 things to know before you go to Thailand,” but also “Brexit literature: a quiet form of dystopian fiction,” (hmm) and actually, despite Naudts’ exception, even a few shots of politics and current affairs: the first story that comes up on Google currently for Culture Trip is a post from yesterday about the latest member of the royal family in England.

If you come in through Google — and Naudts said search engines are currently its biggest traffic referrer — Culture Trip hopes you’ll stay through its own AI-based recommendation algorithm, which presents, Taboola-style, a list of related stories you might like at the bottom of each ad-free post.

Yes, you read that right: in my many looks through the site, I didn’t come across a single advertisement.

Naudts said that this has been intentional. “We’ve focused on audience growth almost exclusively to get our proposition out there, and to see if there is an appetite for what we are publishing.” Now, he added, comes the recruitment of sales teams, which will look at introducing branded content and bookable experiences and travel services.

These, in turn, will come by way of partnerships with third party providers like Airbnb and Hotels.com, and in part through Culture Trip’s own devising: Naudts said that the plan will be to get its global network of contributors involved in helping to devise and run local experiences for people. (Not unlike the local experts that Airbnb has been bringing together on its own platform for its own experiences.)

Alongside the funding, the company is bringing on some new executives to build out these business plans — with a pedigree that seems to speak to where Culture Trip hopes to go next. Mike Fox, who helped build Facebook’s advertising business, is joining as CMO, while ex-YouTube global head of sales Dick Soule is joining as CRO. Before this, Culture Trip had also hired Nick Jakobi as chief product officer, another Google and Facebook alum that has been pushing the company’s use of AI in its recommendation engine. Board members at the startup include Dr. Nelson Mattos, former VP of Engineering for EMEA at Google, and Yariv Adan, product lead on the Google Assistant.

France, US and Spain rank as top 3 travel destinations