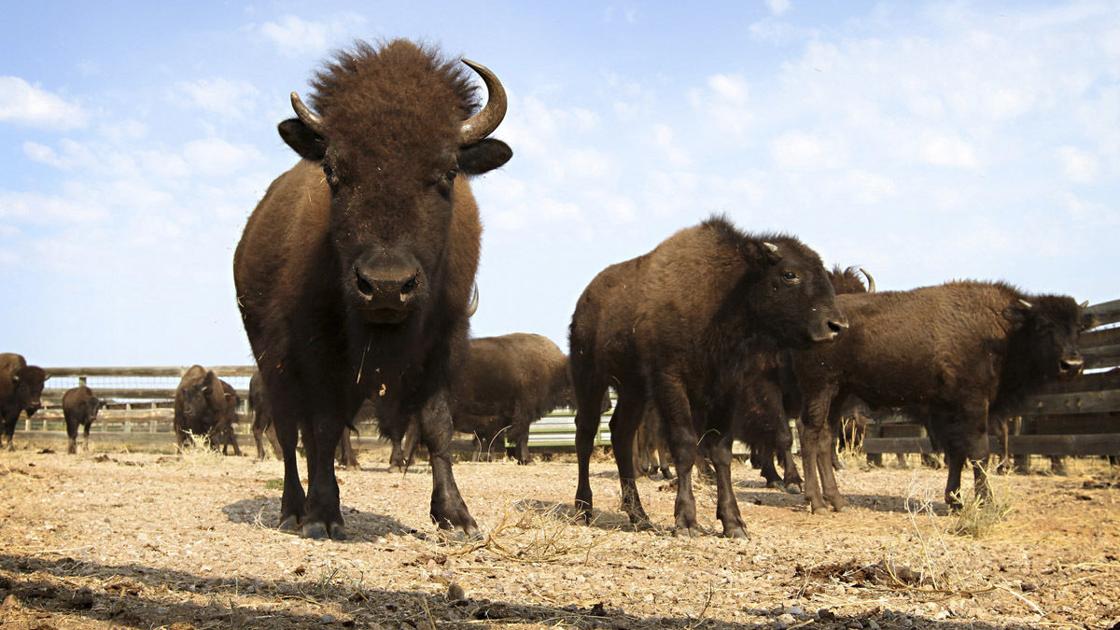 North Dakota author Francie Berg’s last book about the American buffalo was a guide for adventurers eager to get out on back roads to see the historic sites where the great animal once flourished. Then she found she had more to say.

The result is “Buffalo Heartbeats Across the Plains,” a deeper dive into the stories and trails of the last book, with colorful illustrations, historic paintings and photographs for the history buff who may never leave her armchair.

“It’s a companion piece to the self-guided tour book for people who want to dig a little deeper into the buffalo story,” Berg said.

Bison, or buffalo, once thundered across the heart of North America in the tens of millions. But overhunting saw their numbers plummet to a few hundred by the late 1800s.

“I could see our country was changing fast,” reads an excerpt from the new book quoting Plenty Coups, the last chief of the Crow Nation, in 1898. “Anybody could now see that soon there would be no buffalo on the plains, and everybody was wondering how we could live after they were gone.”

The new book also tells of early restoration efforts by Peter Dupree and other families who took in bison calves and raised them on their lands. By the time of his death in 1898, the family was raising more than 80 bison and spurred restoration efforts.

“Tatanka” — the Lakota word for bison — was at the core of its people’s culture for thousands of years, providing not only food but also a spiritual and physical connection.

“The buffalo provided virtually everything to live on and live from,” said North Dakota Indian Affairs Commissioner Scott Davis, a member of the Standing Rock Sioux Tribe.

According to the National Bison Association, nearly 400,000 bison are now living in North America, on private ranches, native reservations and public lands like Yellowstone National Park.

“That’s something we can celebrate,” Berg said. “We didn’t do a great job saving them, but we did save them.”

Dave Carter, executive director of the Bison Association, said he considers buffalo restoration one of the greatest efforts of its kind in modern history. Its success can be seen in the wide availability of bison in restaurants and grocery stores.

“The best way to save bison is to eat them,” Carter said, adding that the group recently launched an initiative to bring bison populations to more than 1 million in the U.S. and Canada over the coming decades.

The experiences described in Berg’s books cater to history and nature enthusiasts. Her first book on the trail that opened last year covers a recommended two-day journey that starts in Hettinger, North Dakota, leading travelers through pasture and gravel roads and into South Dakota. The trail then turns north where visitors can gaze over the Standing Rock reservation and its herd of more than 250 bison.

Inspired by Berg’s books, Hettinger Public School Principal Darin Seamands said students at the high school will soon have the option to study the subject in a local history class. Seamands said it gives students the opportunity to learn about Native American culture and history “in our own backyard.”

“Everybody needs to know their local history,” she said. “A lot of people think history happened somewhere else.”

Holidays 2018: Best ways to save money at the airport this summer revealed

When Burnout on the Job Occurs, This Travel Company Turns Its Employees Into Entrepreneurs

Thinking of driving in a foreign country? Check out these 4 travel tips