Home Interest Where the Travel Deals Are This Summer

This is looking more and more like the summer to jump on a vacation to Europe.

Airline capacity is growing, especially among low-fare carriers. That’s brought eye-popping bargains to some routes. But it may not last beyond this summer: Airlines could soon have greater ability to raise fares.

“Ticket prices are down, interest is up and Europe is hot,” says David Solomito, vice president of North American marketing for the search-site Kayak. That’s just one of many bits of intelligence industry experts have for travelers looking for trips on what to expect from this summer.

One tip for planning, no matter where you fly: Expedia says the most expensive stretch for a vacation last year was June 26 to July 2. The cheapest between Memorial Day and Labor Day was the final two weeks of the traditional summer travel period, Aug. 21 to Sept. 3.

Consultant Craig Jenks estimates that trans-Atlantic capacity will be up this summer for the sixth straight year. There are about one-third more seats flying across the Atlantic since 2012.

As a result, Expedia says it’s more than 40% cheaper to fly from New York to Barcelona over July 4th weekend compared with last year, and 20% cheaper into London. Tickets to Paris from Los Angeles over Labor Day weekend have been 55% cheaper. “It’s crazy. There are some real deals to be had here,” says Mark Okerstrom, chief executive of Expedia Group.

A weaker U.S. dollar and possible consolidation among European airlines may also curb some of the new-flight bonanza. British Airways parent IAG recently bought a small stake in Norwegian Air, for example, and asked to talk about a merger. Norwegian rejected the idea. But that might not be the final word.

“This may be the bottom. Things may start getting more expensive from here,” says Patrick Surry, chief data scientist at booking app Hopper.

Mr. Okerstrom of Expedia agrees. He thinks fuel surcharges on tickets could make a comeback—the first sign of higher ticket prices after years of continuous declines.

The impact of trans-Atlantic low-cost carriers on summer travel is startling. Iceland’s Wow now flies to a dozen U.S. cities from Reykjavik, with connections across Europe. Norwegian flies to 15 U.S. cities from airports scattered all over Europe. From the New York area in July, Norwegian will fly nonstop to Amsterdam, Barcelona, Copenhagen, London, Madrid, Oslo, Paris, Rome and Stockholm. Austin, Texas, will have two airlines flying nonstop to London: Norwegian and British Airways.

IAG started its own long-haul low-cost carrier to compete: Level Airline, which flies to Boston, Oakland and Los Angeles from its base in Barcelona. It plans to launch a New York-Paris route in September. Frankfurt-based Condor was a pioneer in the art of cheap trans-Atlantic travel. Its sister airline, Thomas Cook , has joined the fray, along with the latest new entrant: Primera Air, a Latvian charter outfit starting this month to expand into the trans-Atlantic race on prime routes like New York and Boston to London and Paris.

All those new flights mean incumbent carriers may have to cut prices to compete. Some have added additional flights of their own. And U.S. airlines are now offering Basic Economy fares to Europe, bringing prices down for travelers willing to put up with severe restrictions and added fees. Some discounters do this, too.

One caution: Beware possible labor issues with Air France this year. There have been strikes on 15 days between Feb. 22 and May 8. Negotiations continue.

Kayak’s Mr. Solomito sees growing interest in secondary international destinations, too. Searches for Santorini, Greece, jumped 68% this year. Valencia, Spain is up 63% and Porto, Portugal is up 48%.

Kayak says it has seen increased interest in Seattle, Denver and Austin—all cities where airlines have added flights and lowered prices. Airlines Reporting Corp., which processes tickets sold by travel agencies, says Cincinnati and Albuquerque top its list of cities with the biggest decrease in average ticket price for summer travel this year, with 14% declines. Thirteen of the top 15 cities on that list are in the U.S.: Minneapolis, San Diego, Boston, San Francisco, Pittsburgh, Denver and Austin have all seen drops, along with Reykjavik and Madrid internationally.

One place interest is down: Las Vegas. Travel companies blame jitters after the Las Vegas shooting last fall and possibly higher hotel rates driven by a jump in mandatory resort fees, the hotel equivalent of much-hated airline baggage fees. Kayak searches for Las Vegas have shown airfares are down a whopping 17% compared with the same period last year.

Another trend: ARC says people are buying earlier for summer—a factor in driving an 11% increase in tickets sold already for summer trips. ARC says its data, from both traditional and online travel agencies, showed that several years ago the best point to buy a ticket was about six weeks in advance. Now the cheapest time is about seven weeks, according toARC.

Several destinations have seen some sharp price increases. Flights to St. Lucia, for example, are running 16% more expensive than last year. The Caribbean island had minimal impact from Hurricane Maria, and while other islands are still in recovery mode, others are seeing robust demand.

With demand for Greece growing, the average ticket to Athens is up 13% to $1,331 according to ARC. Warsaw prices are up 10%—go to Budapest instead. American just added a nonstop there from Philadelphia. LOT Polish just launched nonstop flights between Budapest and both New York and Chicago.

What to Expect at Airport Security

Summer travelers will run into a bit more than good deals this year. The Transportation Security Administration will be testing CT scanners at 10 airports for several weeks during the summer. CT scanners, already being tested in Boston and Phoenix, are like hospital CT scanners—they take multiple X-ray images of objects from all angles to produce detailed 3-D images.

“So far they’ve been living up to expectations,” TSA administrator David Pekoske says.

The tests shouldn’t slow lines down, but some travelers will be puzzled. TSA hopes the CT scanners, when fully deployed in about three years, will end a lot of the “divesting” of electronics, liquids and other items from bags because screeners will be able to identify hazards more accurately.

MORE FROM THE MIDDLE SEAT 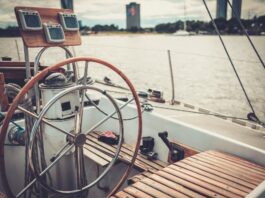 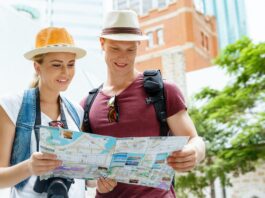