If you haven’t booked your summer getaway, you better get to it! And according to Travel and Leisure these are some of the most exciting new airline routes to take advantage of this summer. Susana Victoria Perez (@susana_vp) has more. Buzz60 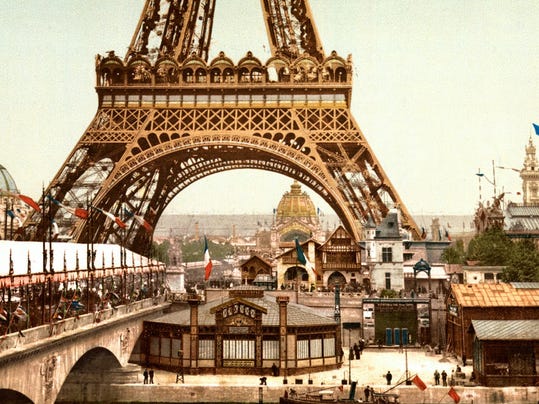 Don’t put away your passport and rule out that dream vacation in Europe just yet.

The U.S. dollar, which tumbled about 10% last year, is in rebound mode. And a stronger greenback means Americans traveling abroad this summer will pay a little less for things like visiting museums, booking hotels and ordering local culinary specialties.

To be sure, Americans planning to vacation outside the U.S. won’t see their dollars go as far as they did last year or in 2016. The good news, though, is the buck’s 6% rally in recent months vs. a basket of foreign currencies means most people won’t be priced out of a summer getaway. Hotels priced in foreign currencies will cost a bit less than they did earlier this year, and so will meals and shopping trips.

“If you want to travel abroad I wouldn’t obsess over the exchange rate because it is still pretty reasonable,” says Sarah Schlichter, senior editor at Smarter Travel, an online travel magazine.

More Money: McDonald’s is being sucked into the movement to ban plastic straws

If you’re still worried about busting your budget, there are ways to stretch your dollar a bit more. Take Europe, for example.

Every time you spend a euro in any of the 19 eurozone countries — which include France, Germany, Italy, Portugal and Spain, to name a few — it will cost you $1.18 at current rates, up more than 5% from $1.12 a year ago. On the bright side, though, Americans planning a warm-weather excursion will get a better deal than travelers who went to Europe back in February, when the euro was roughly $1.26. For every 100 euros you spend now, it will cost you $118 dollars, down from $126 three months ago.

More Money: What the average American has — and needs — in emergency savings

More Money: The most in demand jobs in 2018 with biggest pay hikes include cashier, truck driver

More Money: McDonald’s is being sucked into the movement to ban plastic straws

A view of the Church of the Assumption on Bled Island in Lake Bled, Slovenia. (Photo: VALDRIN XHEMAJ, EPA-EFE)

Travelers still set on going to Europe, but who also want to keep spending under control, might consider traveling to eurozone countries like Portugal and Slovenia, which are more affordable, Schlichter says. “There are places that you can get a pretty good travel experience without pinching pennies,” she says.

Even with the dollar worth a little less than last year, travelers to Lisbon, Portugal, with a sweet tooth and who want to try the local favorite pasteis de nata — a cross between a custard tart and a cake — will shell out just a little more than a dollar to satisfy their craving at Pasteis de Belem. Fans of port wine can snag a bottle for about $8.50 in Porto, Portugal’s second-largest city. And tourists who want to give surfing a try in the small fishing village of Ericeira can rent a beginner’s board and wet suit for less than $30.

Travelers to Slovenia can visit a 16th-century castle in the capital city of Ljubljana for about $9. Or they can tour the Lipica Stud Farm in the village of Lipica, known for horses, or spend $56.25 for a half day of whitewater rafting down the Soca River.

“If you’re planning summer travel on a budget, it’s well worth considering where your dollar will go the farthest,” says Arielle O’Shea, investing specialist at online personal finance website NerdWallet.

The dollar has been on the rise since the spring as the U.S. economy gains steam and money flows into the U.S. from overseas investors looking to capitalize on higher interest rates in America. And Bank of America says the dollar has more room to rise. Mexico City: Despite a longstanding reputation as a dangerous city to visit, Mexico City is conspicuously absent from the State Department’s warning, and for good reason; the downtown core in particular is considered quite safe, and the city has numerous attractions for visitors — including street art, colorful markets and more than 150 museums. (Photo: Getty Images)

South America is another good destination to consider this summer, says John Morrey, senior vice president at Brand Expedia. The dollar, according to Expedia’s analysis, has appreciated by about 50% compared with the Argentinian peso. Travelers who want to go out for a night of Tango dancing in Plaza de Mayo in Buenos Aires will also benefit from hotel prices that are down 5% from a year ago in the capital city, says Morrey.

The dollar also goes a long way in Brazil and Mexico, and travelers will also benefit from lower airfares to places like Mexico City and Rio de Janeiro, according to Expedia.

This summer might also be the year that travelers coveting a trip to Europe’s Nordic region can catch a financial break. 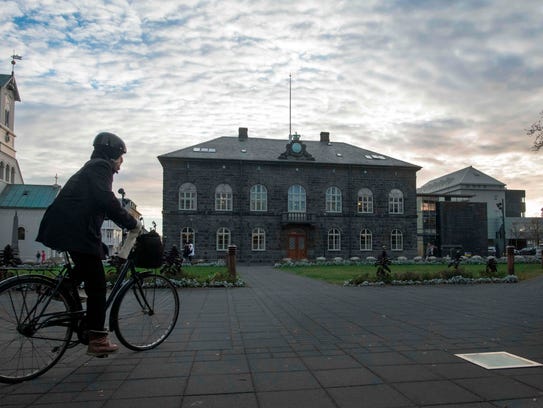 A woman bicycles past the Althingi Parliament building in Reykjavik, Iceland, on Oct. 24, 2017. I (Photo: Halldor Kolbeins, AFP/Getty Images)

A trip to Reykjavik in Iceland to watch the setting of the midnight sun, for example, makes more financial sense given the dollar’s nearly 7% rise vs. Iceland’s Krona since late March, according to Hipmunk, an online travel service that scours other travel sites for the best deals. Flights are also cheaper, with rates from Chicago, for example, down nearly 40% in the first quarter vs. a year ago, according to Expedia.

And while Sweden will never be considered a classic “budget destination,” according to Smarter Travel’s Schlichter, “it might be time to go,” she says.

A trip to Stockholm, where outdoor types can explore the city’s parks by bicycle or paddle in the sea in a kayak, is far more affordable this year as the U.S. dollar has appreciated nearly 12% vs. the Swedish Krona since the end of January.

The feeling of jet lag is very real when traveling through time zones, but which of these facts about that sleepy feeling are true and which are just myth?

“Sleep is a beautiful thing; wouldn’t you agree?